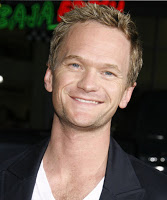 – Dumbo: The Musical is in the works to join the other 23 Disney shows on Broadway.

– Broadway’s Theater Development Fund has a great program for the hearing and vision impaired. Go here for a list of upcoming shows that are open-captioned, offer audio descriptions, or feature sign language interpreters. – Christopher Walken is earning rave notices in A Behanding In Spokane, as are costars Sam Rockwell, Anthony Mackie and Zoe Kazan.

– The Trans-Siberian Orchestra is working on bringing its Gutter Ballet to Broadway. The band is just about to kick off their first ever non-holiday tour.

– Yank!, a gay military romance musical set in WWII is now playing Off Broadway at the Theater at St. Peter’s. NYT sez: “The show has a fine mix of humor and simmering drama and decent enough songs to keep you anticipating the next one. Probably a few too many themes are introduced and left underexplored — fidelity in gay relationships, for example, and personal loyalty versus respect for military codes.”