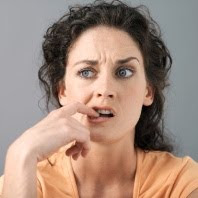 A former beard has some clues to help women who suspect that their man is “that way.” Clue #4:

Your man’s utter abhorrence for anything gay is egregiously overstated. When you mention the “giddy” guy in your class or recall a one-liner from “Will and Grace,” his disdain for the topic is so thick, it’s almost psychotic. This is so often an indicator of repressed homosexuality or bi-curiousness. Make no mistake: I know there are people in this world who are genuinely disgusted by the idea of same-sex coupling, sure. However, being that a hilarious percentage of my closeted pals’ liaisons were with men who, in high school and beyond, were ostentatiously repulsed and infuriated by gay men, flags go up when I meet loudmouthed, homo-hating bigots. Huge rainbow flags. I would put money on the fact that, because he’s so overtly and ridiculously enraged by (and perhaps even a little obsessed with) gay culture, he’s trying to pull an invisibility cloak over the shame of his own curiosity. Smirk all you like, Lady Turncheek. It happens every day.