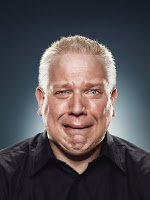 Today, Color of Change and StopBeck.com announced that the United Kingdom has forcefully rejected Fox News host Glenn Beck. In fact, the UK broadcast of his show “was forced to run without any advertisements” for five days in a row as of yesterday. Additionally, 103 companies have agreed to stop their ads from appearing on his program. Some of the latest defections include Allstate Insurance, Anheuser-Busch, Idaho Potato Commission, Marriott International, Volkswagen, and Western Union.

Five days in a row without a single commercial! Don’t hold your breath for the same success here in the states.

Previous Maddow Reviews The Hurt Locker
Next Walk The Dinosaur