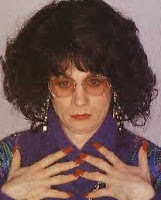 The Slow Demise Of The NYC Accent Linguists have long noted the slow demise of regional American accents, a phenomenon partially blamed on the “television accent” and partially blamed on the perception that such accents denote a working class origin, leading some to accent reduction training. The NYC accent in particular is thought by many to be especially crude, wrought as is with a uniquely colorful vernacular. But especially in Manhattan, thanks to immigrants from without and within the U.S., your chance of hearing a “dem” or “dose” is shrinking.

“In Manhattan [the accent] is definitely dying,” Jochnowitz says. Manhattan has also seen the most influx of new people from outside the state, who don’t usually pick up an accent. The dialect “remains mostly in the outer boroughs, and is most alive in Staten Island.” Staten Island is a known stronghold of New York talk not only because it has the most stable New York population, but because “anywhere you have lots of white people — Jews and Italians and Irish and Germans — whose origins are in the city, you’re going to find that accent pretty systematically,” Newman says. Its relative isolation may have also helped.

As the accent is dying in some places, it’s migrated to others. New Yorkers have brought their accents with them to Long Island — also known as Lawn Guyland — or New Joisey (hello, cast of “Jersey Shore”!) No one asks to meet you on the corner of “Thoity Thoid and Thoid Street” anymore, or declares that “the oily boid gets the woim” — that particular feature has been gone for “50, 60, 70 years,” Jochnowitz says. It was “laughed out of the dialect” — stigmatized so much that people were shamed into cutting it out. The same thing is happening now to the “yuhs guys” and “sawr it.” “If people try to lose [their accent], they’re more likely to lose it if they feel they’re not going to get ahead in life with it,” Jochnowitz adds, although he mentioned that a good number of educated people hang on to their accents, though sometimes a bit self-consciously. Ed Koch, himself an unrepetent R-dropper, once went so far as to say he wouldn’t mourn Brooklynese if it disappeared.

I’ve had friends from outside of NYC comment that they adore the Noo Yawk accent, if for no other reason that it’s the traditional accent voiced by cinematic tough guys. And I’ll ‘fess up to a touch of condescending amusement with thick Brooklynese. But my favorite American regional accent remains the soft, lilting, almost musical speech of northern Georgians, whose southernisms are a world away from the harsh Appalachian sounds most frequently associated with the South. My least favorite, with apologies, is the Boston accent, which I to tend find grating for reasons I can’t explain. Fuggedaboutit.

RELATED: I also have a favorite British accent. Are there regional Canadian accents?

Previous Gov. Paterson At The HRC Gala
Next A Miami Super Bowl Flashback