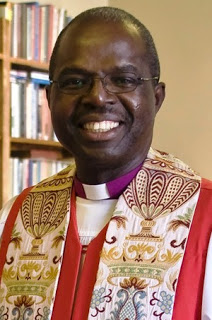 “The Church of Uganda associates itself with the concerns expressed in the Anti Homosexuality Bill 2009. However, instead of a completely new bill, the church recommends a bill that amends the Penal Code Act addressing loopholes, in particular: protecting the vulnerabilities of the boy child; proportionality in sentencing; and, ensuring that sexual orientation is excluded as a protected human right. The ideal situation would be one where necessary amendment is made on existing legislation to also enumerate other sexual offences.” – Anglican Archbishop Henry Orombi, who wants Uganda’s “kill gays” bill rewritten to include bans on lesbianism and a “ban on the procurement of homosexual material and the promotion of homosexuality as a normal lifestyle.”