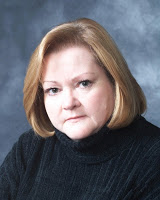 NYC LGBT Pride (aka HOP) will announce Tuesday, February 16th 2010, that Judy Shepard, the mother of Matthew Shepard, has accepted the honor and role of Grand Marshal for the 41st Annual LGBT Pride March, which will occur on June 27th, 2010. When first approached about the request to be the NYC Grand Marshal, Ms. Shepard responded with excitement and a sense of honor. Ms. Shepard’s selection and acceptance of the honor of NYC LGBT Pride Grand Marshal marks her 3rd official and final appearance as an LGBT pride march Grand Marshal.

The above mention that this will be Judy’s “third and final” appearance suggests that she may be retiring from public activism following the successful passage of the Matthew Shepard Act. Can anybody confirm that? Or does the HOP have a three-term limit, so to speak?