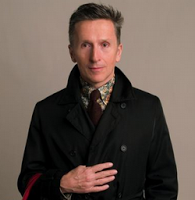 “In addition to all the gay stuff, Alexander McQueen’s psyche was further tormented by the British class system. He was drawn to the pageantry and the toffs (aristo Isabella Blow, who also committed suicide, was his muse) but repelled by their assumed superiority. (While finishing up a bespoke jacket for Prince Charles, he famously stitched a label that read “I’m a cunt” into the lining.) Et voilà! A young bloke compelled to leave the macho of the East End for the safety and magic of the effete fashion milieu, living it, loving it and loathing it all at the same time.

“The creative rage, soaring imagination and intense curiosity that Mr. McQueen exhibited throughout his career was a function of the painful contradictions listed above. To my amateur Freudian gaze, his suicide by hanging reads like an act of self-administered capital punishment, a punishment for crimes that the poor, complex, sensitive lad never committed in the first place.

“Watching this season’s New York shows with the McQueen tragedy playing in my head is a surreal experience. Where is that explosive, rage-filled creativity today? Where is the torment and drama? It is simply not there. The comfy high self-esteem currently enjoyed by today’s emerging designers does not produce that kind of fabulous madness. They are simply too happy and too well adjusted to shock or to produce great art.” – Barney’s creative director Simon Doonan, from a NY Observer tribute titled Alexander The Great.