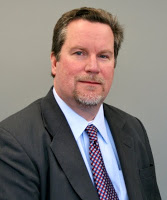 Cliff Kincaid, the spokes-twat for the laughably titled Accuracy In Media, says that homosexual groups are “infiltrating” the conservative movement. His proof: GOProud attended one three day convention. But GOProud can’t be real conservatives because they take it up the ass.

In fact, GOProud’s commitment to constitutionally protected homosexual sodomy (i.e., anal intercourse) is not a position that appears on the agenda of any conservative groups. Hence, using the term “gay conservative” to describe these people is either a deliberate deception or an oxymoron that doesn’t stand up under scrutiny. GOProud, the organization at the center of the storm, claims to be “conservative” but supports the Obama policy of putting active and open homosexuals in the military, supports homosexual marriage, and even advocates a foreign policy of promoting acceptance of sodomy abroad. The latter is referred to as “Standing strong against radical regimes who seek to criminalize gays and lesbians.” These “radical regimes,” such as the Christian-dominated government in Uganda, are trying to prevent the spread of AIDS and protect traditional moral values by toughening laws against homosexuality. Under these “gay conservatives,” one can imagine gay soldiers being deployed to overthrow “homophobic” regimes. GOProud also says it wants to “defend the Constitution” in the U.S. by “Opposing any anti-gay federal marriage amendment.” It doesn’t explain how protecting the country against out-of-control judges legalizing gay marriage without a vote of the people is unconstitutional.

We really should give props to GOProud. Yes, they are complete douchnozzles. But in matter of days they have arguably become the most well-known LGBT group in the nation. And anytime the wingnuts totally lose their shit over something like this, that’s a very good thing.

Previous Philippine Bishops: Fire The Health Secretary For Giving Out Condoms
Next Top Ten Vatican Albums Of All Time!