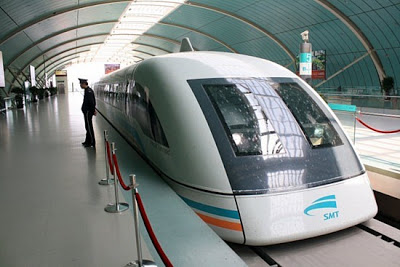 Proponents of a high-speed rail service between Los Angeles and Las Vegas say a Chinese bank is willing to bankroll the project to the tune of $7B.

The California-Nevada Super Speed Train Commission still has several hurdles to clear before it could move ahead with plans to develop the project between Las Vegas and Anaheim, Calif. The commission late Monday announced that the Export-Import Bank of China, which has 14 domestic offices and three overseas offices, said it would provide a direct loan that would require the backing of the U.S. government as well as cooperation with Chinese enterprises. “It is a very positive development for Nevada’s employment picture and very telling that the financiers who are stepping up to bat are the Chinese, the people most familiar with Transrapid Maglev technology,” Neil Cummings, president of the American Magline Group, said in a press release announcing the loan.

The train would reduce the travel time between the two cities to about one hour, rendering Las Vegas a sort of suburb of Los Angeles (for those who can afford it.) The California-Nevada rail group suffered a setback last week when it was left out of the $8B stimulus budget to develop high-speed rail links around the country. Especially stinging was that an archrival Orlando group will get $1.25B to develop high-speed rail service between Orlando and South Florida. Below is a map of the lines to receive the federal funding.