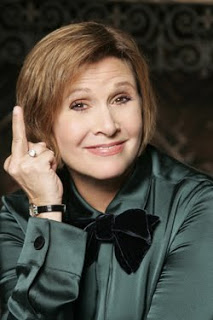 – Carrie Fisher says the producer of her just-closed hit show Wishful Drinking hasn’t paid her what he owes and failed to move the show to a big enough Broadway house. The show had its entire run at the small and non-profit Studio 54.

– Women On The Verge Of A Nervous Breakdown: The Musical, begins previews at Lincoln Center on October 2nd.

– U2’s Edge says that Spider-Man: The Musical will open this fall despite major production, funding, and other issues. It’s the most expensive production in Broadway history, but things are looking up since Disney acquired Marvel Comics in a few months ago. Previous Highlights: Sully Vs. Maggie
Next Quote Of The Day – Gary Cass