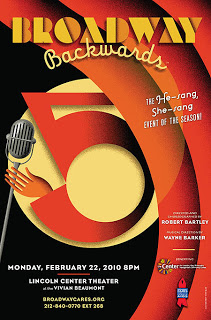 Casting has been announced for Broadway Backwards 5, the fantastic annual Broadway Cares / Equity Fights AIDS show in which performers sing songs written for the opposite sex. Appearing this year:

– Wilson Cruz will receive the 2010 Fusion Achievement Award next month at the Los Angeles LGBT People Of Color Film Festival.

– The revival of Boys In The Band begins previews tonight. Get tickets here. Turning!

– Florence Henderson’s one woman show, All The Lives Of Me: A Musical Journey, runs tonight and tomorrow at Joe’s Pub. Get tickets here.

– Mayor Bloomberg’s experiment to turn half of Times Square into a pedestrian plaza will be made permanent. Broadway is now forever closed to vehicles between 42nd and 47th streets.

– A remake of 1978’s Best Little Whorehouse In Texas is in the works. I guess we can’t expect Dolly Parton to reprise.