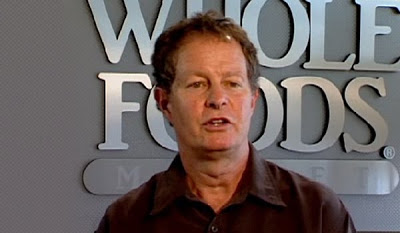 Months after he infuriated loyal customers by saying that no American has an inherent right to health care, Whole Food CEO John Mackey is back in the news, this time for claiming that global warming is a hoax. The New Yorker profiled Mackey and asked him for some of his favorite books.

One of the books on the list was “Heaven and Earth: Global Warming—the Missing Science,” a skeptical take on climate change. Mackey told me that he agrees with the book’s assertion that, as he put it, “no scientific consensus exists” regarding the causes of climate change; he added, with a candor you could call bold or reckless, that it would be a pity to allow “hysteria about global warming” to cause us “to raise taxes and increase regulation, and in turn lower our standard of living and lead to an increase in poverty.” One would imagine that, on this score, many of his customers, to say nothing of most climate scientists, might disagree. He also said, “Historically, prosperity tends to correlate to warmer temperatures.”

You may recall a years-ago scandal when Mackey was exposed as trolling an industry web forum where he used a pseudonym to attack a rival and say flattering things about himself.

Previous Obama Effigy Hangs In Georgia
Next Beware The Attack Of The Marching Band!