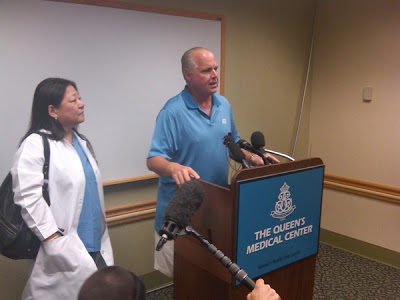 Speaking at a press conference held at his Honolulu hospital minutes ago, Rush Limbaugh announced that an angiogram had “found absolutely nothing wrong” with his heart. Speculation about worse news had been mounting after Limbaugh’s team remained silent on his condition for more than a day. At the press conference, Limbaugh added, “I don’t think there’s one thing wrong with health care system.” Not if you’re a multimillionaire, at least.