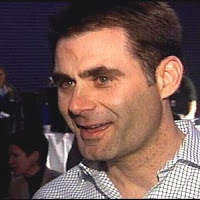 Quote Of The Day – Andre Bauer “My grandmother was not a highly educated woman, but she told me as a small child to quit feeding stray animals. You know why? Because they breed. You’re facilitating the problem if you give an animal or a person ample food supply. They will reproduce, especially ones that don’t think too much further than that. And so what you’ve got to do is you’ve got to curtail that type of behavior. They don’t know any better.” – South Carolina Lt. Governor Andre Bauer, saying the state should not give assistance to the children of parents that fail drug tests or don’t attend PTA meetings.

According to Bauer, students that receive free lunches get the lowest grades, so (presumably) they should starve. Bauer, who was outed last year by Mike Rogers, is running to replace disgraced Gov. Mark “Appalachian Trail” Sanford.

Previous Stuyvesant Town Goes Bust
Next Cougars On The Hunt