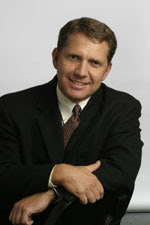 The haters can’t catch a break at the Prop 8 trial. Four of their six witnesses bailed, they had tons of their internal hate documents entered into the record, and now Professor Kenneth Miller, their star witness, just admitted on the stand that he is sure gays suffer frequent workplace discrimination. Hey, wasn’t it yesterday that the same guy said gays are politically powerful in California and therefore LGBT rights laws are unnecessary?

A political scientist testifying for the sponsors of California’s same-sex marriage measure acknowledges that gays and lesbians face significant discrimination in the workplace. Claremont McKenna College Professor Kenneth Miller said under cross-examination Tuesday that he did not know how frequently gay Americans are fired or harassed at work but assumed it happens often. Miller was called as a defense witness in the trial, the first in a federal court to examine whether decisions by states denying gays the right to wed violate their constitutional rights. On Monday, Miller testified that the gay rights movement enjoys substantial political power in California that helps shield them from bias.