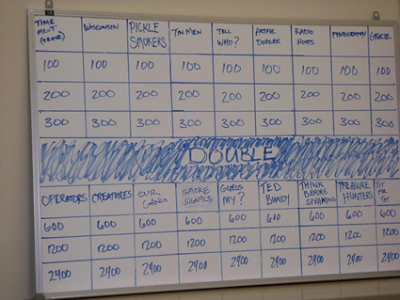 The TSA has launched an investigation of employees at their Orlando field office after learning of an office board game being played to mock gays, women and minorities.

The board, resembling the TV game show “Jeopardy,” includes categories such as “pickle smokers,” “our gang” and “creatures,” which sources said were names used by managers for gay men, African-Americans and lesbians. A photograph of the board was sent to CNN. The Transportation Security Administration confirmed the investigation in a written statement but did not elaborate on when the board was in use, where it was displayed or how it was used. “Following a referral from DHS Office of the Inspector General, TSA’s Office of Inspection is conducting an ongoing investigation at the Orlando Field office,” the statement said.

It’s unclear how the game was played or whether the various categories represented points scored for singling out the targeted groups to harass them with extra security screening procedures. Everybody feel safer now?

Previous How To Out-Gaga Gaga
Next Today In Unfortunate Names