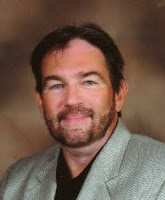 “[Adam] Lambert’s male-on-male activities garnered the majority of 2009 Idol news coverage. Rather than distance themselves from what many American’s consider perverse behavior and increase the show’s image as family entertainment; the producers of American Idol went the opposite direction to make the show edgier, more trendy. Like it or not, the multi-talented [Ellen] DeGeneres is more known for her same-sex sexual preference than any expertise in the music business. The most visible change in the show is one more step in making sexuality the prime topic when discussing American Idol.

“Call them ignorant, homophobic, whatever, the fact remains that fewer families will view the upcoming Idol season because young girls and their traditional families are uncomfortable with the topic of homosexuality. I am confident that the producers of American Idol will be shocked when their market share has cratered, and will in all honesty find a dozen other reasons for the drop in ratings. After all, what successful television producer could have a clue what wholesomeness is as long as they see promoting homosexuality as a virtue.” – Christian Newswire director and Olan Mills patron Gary McCullough, predicting that American Idol is doomed for hiring a dirty queer.