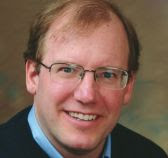 Peter LaBarbera: Uganda Has It Right “Here’s the question I keep asking myself about the Uganda controversy: just what is it that qualifies the United States of America to lecture the Ugandans about homosexuality? Is it our public policy that enshrines immoral sexual behavior (oops: “sexual orientation”) and gender confusion (er…”gender identity and expression”) as a “civil right”? Is it our homosexual “marriage” laws that make a mockery of this divine institution?

“How about our pro-homosexuality educational propaganda in K-12 schools that corrupts young students’ minds in the name of “tolerance”? Or the 24/7 “gay bathhouses” and sex clubs that proliferate in urban centers across the United States to facilitate quick-and-easy (and anonymous) deviant sexual hook-ups? (“Come to America: where you can have all the safe sodomy you want! Discounts for students (no joke) and free condoms available for your perverted pleasure!”)” – Peter LaBarbera, joining a new Christianist campaign against the New York Times for criticizing Uganda’s proposed death penalty for homosexuality, something LaBarbera calls “sheer Western activist arrogance.”

LaBarbera is also trying to get Professor Warren Throckmorton fired from Grove City College for opposing Uganda’s “kill gays” bill. This, from the same fuckweasel who screams day and night about homofascists trying to get people fired for supporting Prop 8. It’s a one-way street in Jeebusland. Do as they say, not as they do.

Previous What Is Google Telling Us?
Next Tea Party Leader Busted For Child Rape, Found With Grenade Launcher