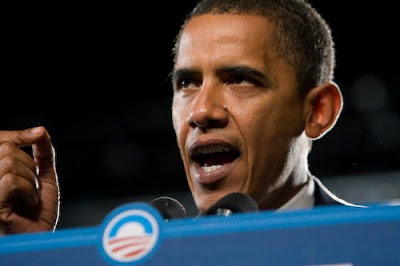 The White House announced late today that President Obama plans to propose a three year freeze on discretionary spending during Wednesday’s State of the Union address.

The proposed freeze, which could help position Obama in the political center by sharpening his credentials on fiscal discipline, would exempt the budgets of the departments of Defense, Homeland Security, and Veterans Affairs, along with some international programs. “We are at war, and we’re going to make sure our troops are funded adequately,” one of the senior officials said. The officials would not reveal the details of which domestic programs would be cut, as they prepare to face major pushback from liberals in the president’s own party because popular education and health spending could be on the chopping block. The details will be officially unveiled February 1, when the president publicly releases his next budget blueprint for fiscal year 2011 — which starts October 1 — and beyond.

“We’ve got to make some tough decisions,” the second senior official said. “Everybody is not going to get what they want.” Under the proposal, which would need to be approved by both houses of Congress, all federal discretionary spending would be frozen at its current level of $447 billion per year. Within that parameter, however, individual federal agencies would have the power to give some programs increases, while cutting money elsewhere.

This will be very interesting.

Previous Obama To Make DADT Announcement At State Of The Union Address?
Next Thing