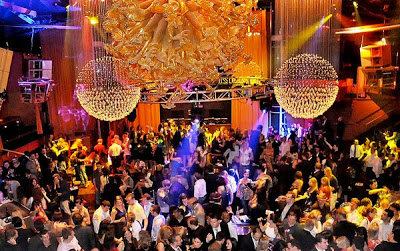 NYC To Close Down Clubs Over Smoking The Health Department is moving to shutter five A-list clubs after an undercover sting showed they let their high-flying clientele light up inside again and again. The velvet-rope violators include TheBox on the lower East Side and Chelsea’s M2 Ultra Lounge, which just last week hosted Sean (Diddy) Combs’ blowout bash for his son’s 16th birthday, officials said. The clubs are scheduled to appear today before a city tribunal, where officials will try to yank their food and beverage permits – a fatal blow that would put the kibosh on alcohol sales. The move is by far the city’s most aggressive attempt to crack down on bars and clubs that turn a not-so-blind eye when their customers crave a smoke.

According to investigators, M2 Ultra Lounge is the city’s worst violator, with cigarettes even on sale in the club’s restrooms.