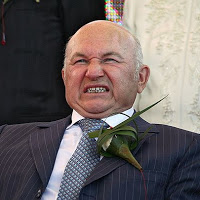 Repeating his annual description of gay Pride as “Satanic,” Moscow Mayor Yury Luzhkov has called for the enforcement of laws prohibiting the event, which has taken place in years past despite being banned.

“A gay parade… cannot be called anything but a Satanic act,” Yury Luzhkov told an education conference, quoted by Interfax news agency. “We haven’t permitted such a parade and we won’t permit it in the future.” Luzhkov called for gay marchers to be punished. “It’s high time that we stop propagating nonsense discussions about human rights, and bring to bear on them the full force and justice of the law,” he said. Gay rights campaigner Nikolai Alexeyev reaffirmed that plans for this year’s gay pride parade will go ahead despite the ban. “We don’t plan to make any changes. We still plan to hold a gay parade on May 29,” Alexeyev said. Luzhkov first called the gay pride parade “Satanic” in 2007, prompting gay rights campaigners to sue him for libel – unsuccessfully. Organisers have never been granted permission to hold gay pride parades by the city authorities, leading to violent clashes with police and anti-gay protestors. Last year’s parade took place on the day of the Eurovision Song Contest final held in Moscow.