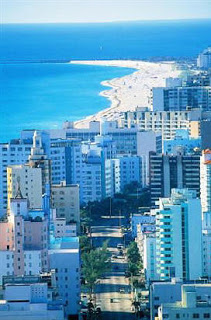 The city of Miami Beach has broadened their anti-discrimination ordinances to protect transgender folks. In the same action, the city has created a Human Rights Commission to address claims of wrongdoing against all citizens.

The legislation, sponsored by former Commissioner Victor Diaz Jr., grew out of concern that the 2008 passage of Amendment 2, a statewide voter referendum that limited marriage to a union between a man and a woman, would weaken Miami Beach’s laws regarding domestic partnerships. Diaz, who is openly gay, said the result is one of the strongest human rights measures in the country and a reaffirmation that Miami Beach is committed to equal rights. “This is about being again at the forefront, at the cutting edge of these issues,” Diaz said. “So when people say ‘Gee, where should I live? Where do I feel safest? Where do I feel I can express myself and raise children and love my partner and contribute to my community without any fear of discrimination?’ they say Miami Beach.” Diaz stressed that the legislation was a win for all people, but acknowledged that the new, updated measure has great significance for Miami Beach’s gay community, considering state and federal laws do not offer the same protections covered under the city’s new law.

A spokesman for the ACLU called Miami Beach’s new laws the strongest in the state “bar none.”