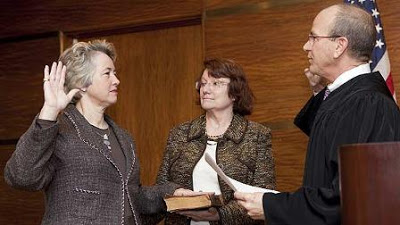 During a private ceremony with her partner holding the family Bible, Annise Parker was sworn in on Saturday as the mayor of Houston. Parker will be sworn in again today in a public ceremony at City Hall. Houston is now the largest U.S. city with an openly gay mayor. New York, of course, has had at least one closeted gay mayor in the very recent past.