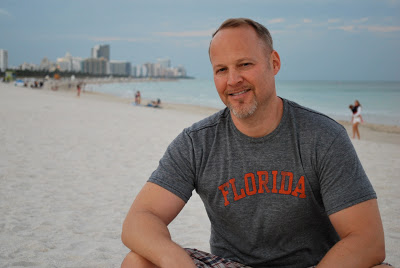 Last Sunday I posted an article which claimed that gays are fleeing Miami Beach for Fort Lauderdale and other places. The article and its author Natalie O’Neill, who cited rising hate crimes as part of the reason for the exodus, have since come under some criticism both at home and here in NYC. O’Neill appeared on Michelangelo Signorile’s SiriusXM show on Wednesday to discuss the article and the response. Below, JMG reader Bradley Carlson defends his adopted hometown.

Last week, the Miami New Times, a free local newspaper with a circulation of about 70,000, printed a cover story proclaiming that, in the wake of increasing hate violence, gays are leaving South Beach “in droves” and heading to “friendlier” Fort Lauderdale. My gay South Beach friends and I were stunned. Why didn’t we get that memo? What shocked us most is that the New Times got it so incredibly wrong. Not just wrong in terms of personal opinions about which place is better; their data were wrong.

The Miami New Times article wove a story of anti-gay violence that made it seem like homophobia in South Beach has reached epidemic proportions. Nothing could be further from the truth. The fact is, since gay people started migrating to South Beach in the 1980s, violent crime of all sorts has steadily declined. Nobody who spent time here in the 1980s and 1990s could honestly say they feel less safe walking the streets nowadays.

Contrary to the story spun by the New Times, Broward County, which contains Fort Lauderdale and the gayborhood of Wilton Manors, has a lot more hate crime than Miami-Dade. The Miami Herald’s Steve Rothaus writes:

To put it another way, Broward County, with a population one quarter less than Miami-Dade, has THREE TIMES the incidence of anti-gay hate crime.

Let’s not pretend that Florida, legally and politically, doesn’t have plenty of problems with homophobia. Last year, Florida voters passed Amendment 2, a referendum that put anti-gay language relating to relationships into the State Constitution. Florida is still the only state in the country that bans adoption by gay people—although a court ruling is expected soon that could change that. But at the level of politics and public policy important to LGBT people, Miami-Dade, and Miami Beach in particular, leads Florida. In a state with more than its share of intolerant right-wingers, Miami Beach is an oasis.

If there was ever a story to be told about gays leaving South Beach, it was about 15 years ago, when real estate prices started rising and many of the gay men who’d moved here to either retire or party (or both) could no longer afford it. The real story today is that the environment for the LGBT community in South Beach is better than ever. We have one of the most pro-gay mayors in the country, a city commission that works actively to address LGBT issues, and we have recently had two openly gay city commissioners in succession. Significant progress has been made at the level of policy and politics, making South Beach one of the most progressive, tolerant and gay-friendly places in the country. And with housing prices coming back down to earth, it’s once again possible to buy or rent apartments at reasonable prices.

Just last week, Miami Beach passed a revised Human Rights Ordinance that strengthens enforcement of already existing human rights laws and adds protections for transgendered people, making Miami Beach’s human rights laws the most progressive in the state. Miami Beach residents have been able to register as domestic partners since 2004; in 2008 this benefit was extended to all of Miami-Dade County.

Fort Lauderdale, and heavily Republican Broward County, is quite different. Despite the fact that the small gayborhood of Wilton Manors (pop. 12,879) has an openly gay mayor and a lot of gay bars, the surrounding City of Fort Lauderdale is hardly a paragon of tolerance. Fort Lauderdale is the city that elected for six consecutive terms outspokenly anti-gay mayor, Jim Naugle who, along with his cadre of right-wing supporters, spent several months in 2007 using the non-issue of sex in public restrooms to scapegoat, stereotype and vilify local gays.

It is true that Fort Lauderdale has a greater number of self-identified gay bars than South Beach, but I hope we can all agree that there’s more to a community than its bar scene. During a typical South Beach winter, people South Beach—gay and straight—are busy with almost-weekly events, such as Art Basel, the Food & Wine Festival, Miami Spice, the Boat Show, the White Party, the Winter Party, the Miami Gay and Lesbian Film Festival, Art Deco Weekend, Miami Beach Gay Pride Weekend, Aqua Girl and the bi-weekly Lincoln Road flea market.

People who cut their teeth on Miami Beach’s gay scene in the 1980s and early 1990s often lament the closing of the great gay clubs Paragon, Warsaw and Salvation. But in their place, numerous and ever-changing gay nights and roving parties have sprung up, such as Buck 15, Crème Lounge and Martini Tuesdays. In the thick of South Beach, we still have the longstanding gay bars Score and Twist, the lounge bar Mova (formerly Halo), and the new Bar 721 which has taken over the former Laundry Bar space. And of course, there’s the oceanfront staple, the Palace, always a popular destination after a sunny Sunday on the gay beach. Another new bar, Azucar, is scheduled to open soon. There are a number of newer gay places just across the bay in Miami, such as Discotekka. From time to time, fun new parties pop up, like UUFF! at Newsbar, which had a several month run last summer and I’m told is being resurrected soon.

One of the best things about South Beach is that you can walk everywhere. The gay beach, Lincoln Road, the hotel strip on Collins Avenue, the Jackie Gleason Theater, Regal Cinemas, hundreds of restaurants and shops, and the gay bars are all within walking distance of each other—or, if you’re feeling lazy, a quick ride in an easy-to-find taxi. Soon, the new Frank Gehry-designed New World Symphony building will open, offering symphony and other cultural events in the heart of everything.

In Fort Lauderdale, if you want to enjoy the beach, Las Olas shopping, and the gay bars of Wilton Manors, you must have a car, since they’re separated by miles of (not-so-pretty) roads, which are often clogged with traffic during peak times. Not only does this add to the cost of a visit but more importantly, for drinkers, it means chancing a DUI, or worse.

When it comes to large-scale social and fundraising events, South Beach is the undisputed leader. South Beach hosts one of the nation’s largest and most successful LGBT fundraisers, the Winter Party, which benefits the National Gay & Lesbian Task Force. Now in its 16th year, the Winter Party is an enormous beachfront dance party that draws approximately ten thousand revelers annually from all over the world. Miami also hosts the White Party at Vizcaya, the worlds oldest and largest HIV/AIDS fundraiser, which benefits Care Resources, an HIV/AIDS service organization. Miami also hosts the annual Miami Recognition Dinner, a large benefit that last year raised over $325,000 for the National Gay and Lesbian Task Force and the South Florida LGBT nonprofit organizations.

Last year, with support from the Mayor Matti Bower and the City Commission, Miami Beach resurrected its annual Gay Pride Parade, which drew thousands of mostly local residents for an all-day parade and festival on Ocean Drive. We also have an active Miami-Dade Gay & Lesbian Chamber of Commerce, whose membership includes over 600 gay-owned and gay-supportive businesses. On April 1, the Chamber, with support from the City of Miami Beach, is opening an LGBT Visitors Center in the heart of South Beach.

The truth is, South Beach and Fort Lauderdale both have their merits, and we all know that the biggest factor in one’s enjoyment of any place is the attitude they bring with them. Decisions about where to vacation and live depend mostly on people’s personal preferences, economics, and ties to friends. As someone who’s been coming to South Beach from New York City since the mid-1990s and in 2006 made it my primary home, I can tell you there is no exodus of gays. In my experience, falling hotel and condo prices have spurred an influx of gay folks like we haven’t seen in a long time.