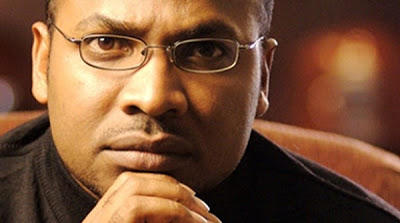 Ugandan pastor Martin Ssempa showed a press conference graphic gay porn last week in an effort to argue why the country’s anti-homosexuality bill is necessary. Ssempa “plumbed the depths of notoriety” by showing the clips, the Ugandan Daily Monitor reported. According to the newspaper, many of his audience members at Tuesday’s event chose to walk out, missing Ssempa’s planned ‘ex-gay’ presentation. He had recruited two Ugandans, a man and a woman, to say they had once been gay but had been successfully rehabilitated. One, Paul Kagaba, is now married to a woman, while the other, 19-year-old Sandrah Baggotte, says her newborn baby is proof she is no longer gay. The newspaper added: “The room was decorated with colourful anti-gay posters, including one that said: ‘Bahati Bill Made in Uganda for Ugandans’.

The “kill gays” bill remains pending. Uganda president Yoweri Museveni has said recently that he is concerned the bill may affect international aid to his country. No kidding.