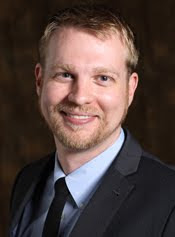 Gay Good Samaritan Beaten On Chicago Subway, Pretends To Be Poz To Escape When a gay man got attacked by three thugs yelling anti-gay slurs on the Chicago subway yesterday, he pretended to be HIV-positive to escape.

Daniel Hauff, 33, said he tried to quell a dispute between two men on the train when one of them, joined by two other riders, began yelling gay slurs and other taunts at him. Hauff said he pressed the emergency intercom, and the conductor came. But the conductor soon left, Hauff said, and the train started moving again. Hauff said the men beat him while the train was between the Wilson and Argyle stops. “And I never once threw a punch,” Hauff said. “It’s just not in my nature.” Hauff said he got away by wiping some of his blood on the attackers and telling them he was HIV-positive, which was not true. Police said three men were arrested in the 1100 block of West Argyle Street for misdemeanor battery and “making disparaging comments,” though the report had nothing specific about anti-gay comments. Police said the suspects were released Sunday on bail. Hauff said he was released from a hospital around 6 a.m. He said his face, chest, back, knee and foot were in pain, but nothing was broken.

Hauff is criticizing transit employees for not calling the police before the fight escalated. He works for Mercy For Animals, which investigates animal abuse.

Previous Harold Ford Reverses On Marriage
Next One Down, Seven To Go: NY Sen. George Onorato (D) To Retire