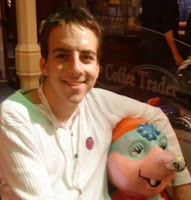 A 21 year-old gay man in Scotland was prevented from donating blood to his dying mother.

Dij Bentley’s mother Christine, 47, died from acute myeloid leukaemia in August last year. Prior to her death, she had developed an infection and needed a blood transfusion. Friends and family members were asked to give blood to see if they were a match for her. Although Bentley did not know whether he was a match, he was prevented from donating under rules which bar men who have had with another man from giving blood. She died ten days after developing an infection in her brain on August 14th. Bentley, a 21-year-old student, told the Herald he had tried to give blood aged 17 but was told by a nurse he could not. He said: “My eyes have been opened to this since my mum died. Maybe gay men do have a right to give blood if they want to. Certainly for me, who was in a monogamous relationship, I think it would have been acceptable in these circumstances.”

Bentley is the president of the Glasgow University LGBT students group. As in the U.S., all gay and bisexual men in the UK are not allowed to donate blood. Late last year, Sweden lifted its lifetime ban on gay men donating, substituting a 12-month ban on all people who have had “risky sex.”

Previous Beware The Attack Of The Marching Band!
Next Quote Of The Day – Bono