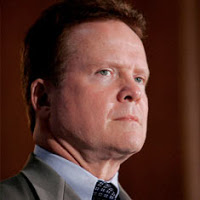 “In many ways the campaign in Massachusetts became a referendum not only on health care reform but also on the openness and integrity of our government process. It is vital that we restore the respect of the American people in our system of government and in our leaders. To that end, I believe it would only be fair and prudent that we suspend further votes on health care legislation until Senator-elect Brown is seated.” – Sen. Jim Webb (D-VA), speaking less than 15 minutes after Coakley conceded.