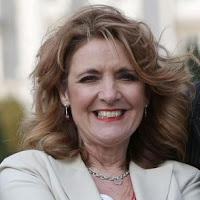 Iris Robinson, the UK’s most infamous homophobe, has resigned from Parliament in the wake of the scandal surrounding her multiple incidences of adultery and financial impropriety.

Northern Ireland MP Iris Robinson resigned from Westminster yesterday after it was revealed last week that she had solicited loans for her 19-year-old lover. Robinson was expected to stay on as MP for Strangford until May, but a statement from the Treasury confirmed she had left. It read: “The chancellor of the exchequer has this day appointed Iris Robinson to be Steward and Bailiff of the Three Hundreds of Chiltern.” MPs are not allowed to resign, so instead they are appointed to an office of the Crown, which the Three Hundreds of Chiltern are reserved for. Robinson was expelled from the Democratic Unionist Party last week and has also stood down as an Assembly member.

Robinson’s husband has taken a six week leave from his position as Northern Ireland’s First Minister. The scandal threatens to bring down Northern Ireland’s wobbly coalition government and return the nation to sectarian conflict. Iris Robinson is said to remain in a Belfast hospital undergoing “acute psychiatric care.”