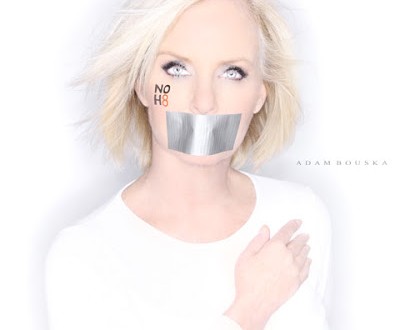 Mrs. John McCain has joined the NOH8 campaign, which is lovely, really, but a little late. From the NOH8 site:

In the year since we’ve started the NOH8 Campaign, we’ve often been surprised at some of the different individuals who have approached us showing their support. Few, though, have surprised us more than Cindy McCain – the wife of Senator John McCain and mother to vocal marriage equality advocate Meghan McCain. The McCains are one of the most well-known Republican families in recent history, and for Mrs. McCain to have reached out to us to offer her support truly means a lot. Although we had worked with Meghan McCain before and were aware of her own position, we’d never really thought the cause might be something her mother would get behind. We have a huge amount of respect for both of these women for being brave enough to make it known they support equal marriage rights for all Americans.

RELATED: The College Republicans student group at George Washington University has pulled their support for an upcoming appearance by Meghan McCain after learning that marriage equality would be the topic of her speech.