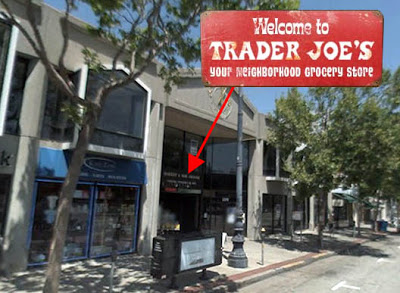 The Castro To Get Trader Joe’s Trader Joe’s will be opening a new store in the years-empty former Castro location of Tower Records.

Pending approval of traffic studies and other permits, residents can expect the grocery store known for its specialty items and low prices to open its doors by next year. This will be the fifth Trader Joe’s in San Francisco. The store will have a small parking lot behind it. However, city leaders said this Trader Joe’s, unlike the one on Ninth Street, is meant to draw pedestrian shoppers in the neighborhood. Trader Joe’s attempted to move into the Castro district at Market and 15th streets several years ago, but residents fought the project, citing traffic and other quality-of-life concerns. Now, residents are welcoming the neighborhood store, saying the vacant lot needs an anchor shop like Trader Joe’s. The two-story building at 2280 Market St. has been vacant since Tower Records closed nearly three years ago.

Three stores still open in the building, including a Radio Shack, will relocate. The old Tower Records storefront was last used as a headquarters for the No On 8 campaign in 2008.

Previous Friendly Voices – Margaret Hoover
Next True In Their World, True In Ours