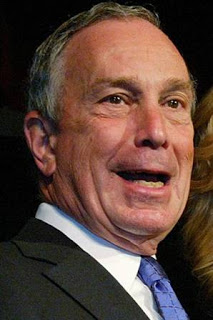 Remember when Michael Bloomberg denied over and over that he was going to run for president in 2008 even as his field team conducted polls and surveys around the country? And how he said he only wanted to finish out his second and final (HAH!) term as NYC mayor? This week Bloomberg hired Hillary Clinton’s 2008 media strategist, setting off the presidential rumors (and denials) all over again.

But the billionaire Republican-turned-independent appeared to enjoy the speculation when asked about the political implications of Howard Wolfson joining his administration as an adviser. Wolfson’s broad political experience will likely renew national interest in Bloomberg, just as it did in the lead-up to the 2008 race, when it thrust him into the spotlight instead of letting him fade away as a second-term mayor. Bloomberg smiled and told a reporter, “I can’t believe you’re even asking” about presidential plans, then went on to say he’s thrilled to have someone like Wolfson leave a lucrative consulting business to join city government. “There’s no other political reason for him, whatsoever,” Bloomberg said.