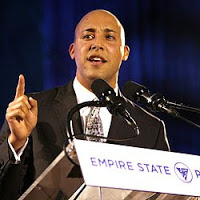 Empire State Pride Agenda executive director Alan Van Capelle is stepping down for a position in the office of NYC Comptroller John Liu. The departure comes shortly after ESPA’s years-long attempt to bring marriage equality to New York failed in the state Senate.

Van Capelle is breaking the news this morning to the staff at ESPA, where his seven-year tenure makes his the organization’s longest-serving executive director. He will be Liu’s deputy comptroller for external affairs, serving as a chief advisor on intergovernmental relations, politics and communications. He will start his new job in early March. “Executive directors tend to have a shelf life of five or six years,” van Capelle told me this morning. “I think change is good. Period. The tremendous success the Pride Agenda has had over the last seven years may have been while I was executive director, but it wasn’t solely because I was executive director….There are a lot of talented people who could lead this movement. My departure will provide an opportunity for somebody else.” Van Capelle’s departure comes almost two months after the LGBT community suffered a significant setback in the fight for marriage when the Senate defeated the measure, 24-38.

Comptroller Liu is said to be planning a 2013 run for NYC mayor. His hiring of Van Capelle may be part of laying the groundwork for LGBT support for that campaign. The recently elected Liu is a piece of work who makes his employees stand when he enters the room. They may only address him as “Mr. Comptroller.” Good luck with that, Alan.

Previous Bloomberg 2012?
Next NYC To Close Down Clubs Over Smoking