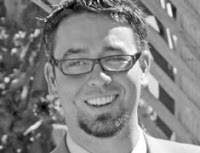 Undercover With The “Ex-Gays” You may recall Ted Cox, the straight, formerly Mormon, reporter who went undercover at an “ex-gay” conversion therapy retreats in two states. Cox was unable to tell his story because his publisher feared legal reprisals if Cox were to break the confidentiality agreement the “ex-gays” made him sign. This week Cox has broken the agreement in an interview with Alternet. An excerpt:

It starts out with these odd exercises meant to confront how you feel about men. For one exercise, you’re standing just inches away from another man and you’re staring him in the eyes, and someone in the background is telling you to think about what emotions come up. You do this with every man at the camp. It is very uncomfortable. At first, I was very confused and then I became amused. But as the weekend wore on, I became really angry and sad. I was angry because I feel these men are being lied to; they’re being charged $650 for a system that, I think, does not work. I feel [these men] are victims of religious abuse and being told that there is something wrong about their fundamental identity, that they are committing a grievous sin if a man acts on what comes naturally to him. That made me angry.

I saw one man distraught that he was damaging his own sons, that they would end up gay because he was not enough of a man. And I wanted to just hug him, and tell him, “It’s OK, it’s alright. So what if your kids turn out gay? And you can’t turn them gay.” I became sad because I saw men reenact traumatic events from their childhood. The paperwork tells you [camp staff members] are not acting as professionals so you have no idea how ethical this is, how safe—psychologically—any of these programs are. I felt sad that their pain was being used to exploit them to make them feel like that was the reason they were gay.