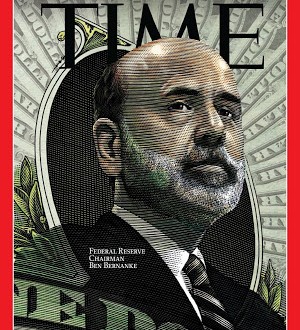 Federal Reserve Chairman Ben Bernanke was named “Person of the Year” by Time magazine today for leading the “most-powerful, least-understood government force shaping our lives,” Managing Editor Richard Stengel said. Bernanke, 56, was picked for his efforts to shepherd the U.S. out of the biggest economic slump since the Great Depression, Stengel said while announcing the choice on NBC’s “Today” show. “He was the great scholar of the Depression, and he saw what looked like another depression coming and he decided he would do whatever it takes to forestall that,” Stengel said. “And I think he did. It could have been a lot worse; there were things he could have done better. One of his responsibilities is to put full employment in society and he hasn’t really stepped up on that. But in terms of influence and how the economy went this year, Bernanke was the guy.”