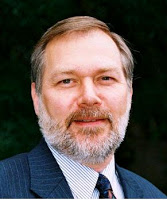 American evangelical Scott Lively, widely considered to be the chief U.S. architect of Uganda’s “kill gays” bill, today issued a press release saying that while he bears no responsibility for the legislation, which he calls a “serious overcorrection,” he also “commends the courage of the Ugandan people.”

By official count 22 young men were executed under Uganda’s law on homosexuality. The law in question required that all men and boys in Uganda be willing to submit to the homosexual seduction of it’s ruler, King Mwanga. When Ugandans began to convert to Christianity in the 1800s, a group of Catholics, led by Charles Lwanga, refused to allow themselves to be sodomized by the King. Enraged, King Mwanga had them torurously bound, marched 37 miles and then roasted alive in a fire pit. The date of their execution was June 3rd, 1886, and is today a national holiday commemorating Uganda’s rejection of homosexuality and commitment to Christian values.

It should be no surprise, therefore, that modern Ugandans are very unhappy that homosexual political activists from Europe and the United States are working aggressively to re-homosexualize their nation. Ugandan citizens report a growing number of foreign homosexual men coming to their country to turn desperately poor young men from the slums into their personal houseboys, and that some girls in public schools have being paid to recruit others into lesbianism. Foreign interests have exerted intense pressure on Uganda’s government to compromise its laws regarding sexual morality, often using their control over foreign aid funding for leverage. [snip] In the mean time, despite all of the hysteria in the liberal media, it is important to remember that there is no death penalty for homosexuals in Uganda, only a bill under debate that will hopefully be modified before passage. The only Ugandans who have been executed for their beliefs and actions about homosexuality have been Christians.

Lively is the author of The Pink Swastika, a book that blames the Holocaust on gay Nazis. SRSLY.