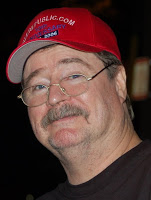 Quote Of the Day – Jim Robinson “Let’s face it FRiends, if the unconstitutional healthcare bill passes, the socialist coup d’etat will have advanced well beyond the point of no return! There is nothing in the constitution that authorizes this illegal federal power-grab and plenty that forbids it. If the Obama/Reid/Pelosi Marxist attempted coup pulls this off without the people resisting to the hilt, then they’ll have no restrictions whatsoever on implementing the rest of their Liberty killing Marxist agenda. America will be no more. The whole idea of our constitution is to severely restrict the federal government to only its dozen and a half expressly listed enumerated powers and to guarantee and protect our unalienable individual rights as well as our sovereign states rights and republican form of government.

“Obama is not a dictator. Reid, Pelosi, et al, are not our rulers. When they overstep their bounds to the degree they have, then they MUST be brought back down to reality. It’s time to jerk their constitutional chains taut! It’s time for US to enforce our Constitution and invoke our Bill of Rights!! It’s time to assemble for duty, for Liberty!!” – Free Republic founder Jim Robinson, who in July called for the overthrow of our socialist oppressors, shortly before attending a Washington DC teabagger rally in his Medicare-provided wheelchair.