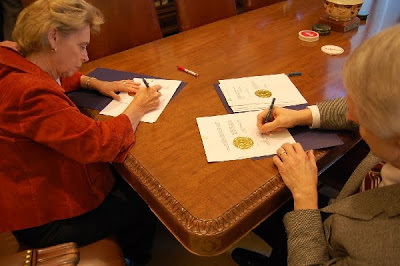 Yesterday Washington state Gov. Christine Gregoire signed the official certification enacting Washington’s “everything but marriage” law. The law is in effect as of today after being put on hold during the bigoted Referendum 71 fight. Domestic partners in Washington now have all the rights, benefits, and privileges of marriage couples. One of the best wins for the good guys in all of 2009.