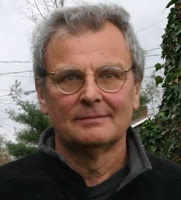 North Carolina Law Bans Atheists, One Gets Into Office Anyway Some folks tried to prevent newly elected Asheville, North Carolina city councilman Cecil Bothwell from taking office. Because he’s an atheist. And that’s still against the law there, as it is in five other states.

North Carolina’s constitution is clear: politicians who deny the existence of God are barred from holding office. Opponents of Cecil Bothwell are seizing on that law to argue he should not be seated as a City Council member today, even though federal courts have ruled religious tests for public office are unlawful under the U.S. Constitution. Voters elected the writer and builder to the council last month. “I’m not saying that Cecil Bothwell is not a good man, but if he’s an atheist, he’s not eligible to serve in public office, according to the state constitution,” said H.K. Edgerton, a former Asheville NAACP president. Article 6, section 8 of the state constitution says: “The following persons shall be disqualified for office: First, any person who shall deny the being of Almighty God.” Rights enshrined in the U.S. Constitution trump the restriction in the state constitution, said Bob Orr, executive director of the N.C. Institute for Constitutional Law.

Bothwell “affirmed” his oath of office late on Tuesday, because state law allows one to avoid placing a hand on the Bible and swearing “so help me God.” His case is being cited by some “Tenthers” as another example of the imposition of federal laws on the states.

RELATED: Rep. Pete Stark (D-CA) is the only openly atheist person ever elected to Congress.