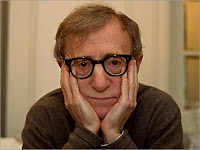 A study by the CDC that asked 1.3 Americans to rank their satisfaction with their lives found that New Yorkers are the most unhappy with their situations. Objections are pouring in.

The verdict is in, and, when it comes to New Yorkers, they are in a class by themselves. According to a new survey released by the Centers for Disease Control, they are the unhappiest people in the entire country, beating out every one of the other 50 states, CBS station WCBS-TV reports. But just try telling that to a New Yorker. “Why would we be unhappy? What’s the unhappy part?” wondered James Pine of the Upper East Side. “Where else would I want to live?” another asked. “I like everything about it. New Yorkers are great people and they’re very happy to be here,” said Manadou Djoulthe of Harlem. The survey asked a subjective question: How satisfied are you with your life? It compared that answer to objective measures of quality of life, such as access to recreation, commuting distances, and weather. It found the subjective and objective measures were in sync.

According to the survey, the top five happiest states are Louisiana, Colorado, Hawaii, Florida and Tennessee. The complete ranking is here. Roy Edroso at the Village Voice notes exulting by the wingnuts, who claim that “conservative states are the happiest states.”

Hyper-regulated and overtaxed New York — the least free state — by some remarkable coincidence comes in dead last, with the rest of greater NYC’s Tri-State Area right behind it. Other oppressively liberal states like California, Massachusetts, and Illinois also rank near the bottom. One of the researchers draws this bizarre conclusion: “This suggests that life-satisfaction survey data might be very useful for governments to use in the design of economic and social policies.” Rather, Big Government should learn from the data that the more it interferes in our lives through economic and social policies, the less happy we are. Coercive bureaucracies don’t make people happy; liberty does.