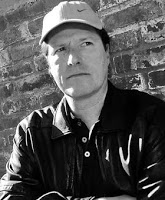 This is something of a shocker. Charles Johnson, author of the very popular conservative blog Little Green Footballs, has announced that he can no longer endure the hate of the right wing and is leaving the movement. Johnson’s manifesto:

Why I Parted Ways With The Right

And much, much more. The American right wing has gone off the rails, into the bushes, and off the cliff.

I won’t be going over the cliff with them.

Today Johnson reports that he has already received hundreds of hate-filled emails. For examples of what Johnson is probably receiving, one needs to only check in at Free Republic, where the story of his defection is posted under “Homosexual Agenda,” because, obvs, he must be a fag if he doesn’t like hatred.

RELATED: Andrew Sullivan has already responded to Johnson’s manifesto with a lengthy recounting of his own movement away from the right. Summation: “I didn’t leave the conservative movement. It left me.”