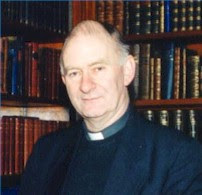 Limerick Bishop Donal Murray has resigned in the wake of Ireland’s child molestation scandal. Last month the Irish public was shocked by the revelation that the Catholic Church had covered-up the abuse and molestation of thousands of students at its orphanages and private schools. Murray met with Pope Palpatine all this week and today the Vatican issued a brief email announcing the acceptance of his resignation.

The one-line announcement that Bishop Donal Murray had resigned did not mention the scandal. But a statement that Murray read to colleagues and curates in the western Irish city of Limerick left no doubt that he was going because of an Irish government investigation’s damning findings about his time as an auxiliary bishop in Dublin from 1982 to 1996. “I know full well that my resignation cannot undo the pain that survivors of abuse have suffered in the past and continue to suffer each day,” the 69-year-old Murray said. “I humbly apologize once again to all who were abused as little children.”

Murray had been widely expected to resign following last month’s report from a government-appointed commission. It ruled that Murray had handled reports of child-abusing priests “particularly badly” – and condemned his failure to crack down on one particular abuser, the Rev. Thomas Naughton, as “inexcusable.” Murray transferred Naughton to new parishes despite receiving reports that he was molesting children. Naughton since has been convicted twice of raping altar boys. The investigation found that four other serving bishops and five retired bishops, including Cardinal Desmond Connell, played a role in a decade of cover-up. The report said church leaders in the Dublin Archdiocese failed to inform authorities about sexual abuse by priests, while police failed to pursue allegations because they considered church figures to be above the law.

A 720-page report has revealed that sexual abuses committed by more that 170 Catholic priests have been covered-up in recent decades. Ireland’s four other bishops say they have no intention of resigning.