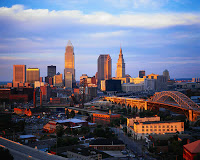 By adding the words “gender identity or expression” to a criminal law that provides protection in areas of employment, housing and public accommodations, council members took a huge step forward, supporters said. “Basically, it means that I won’t have to worry about being fired,” longtime activist Jacob Nash explained in the minutes before the vote. “… I won’t have to worry about people in my community out on the street.” But an amendment to exclude bathrooms, locker rooms and showers from the protections weakened the bill. “It’s not perfect,” said Sue Doerfer, executive director of the LGBT Community Center of Greater Cleveland. “It is not a perfect piece of legislation.” That was a sentiment echoed by one of the bill’s sponsors, Councilman Joe Cimperman, who said the discrepancy regarding some public accommodations will be re-examined in 2010. Ahead of the vote, however, he spoke with his usual passion: “It seems a wind of equality is blowing … Cleveland will continue to be a beacon for the people of Ohio.”