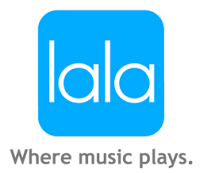 Apple has agreed to purchase the streaming music venture Lala, bringing speculation that iTunes may add its own streaming function.

LaLa fills a big hole in Apple’s digital music strategy and could bring streaming down music from the cloud into iTunes-ready devices everywhere. Integrating Lala’s ad-free music service — which stores music collections online and sells streaming songs at a deep discount — would mark the first major step forward for iTunes since its music download store launched in 2003. Lala recently announced a deal to play free songs on Google, but Apple is reportedly particularly interested in the engineers who built Lala’s “payment and fulfillment system[, which] could save Apple millions of dollars a year,” according to a CNET source. Lala sells music fans pre-paid chunks of music credits, rather than individual songs — an approach could help iTunes cut down on its credit card transaction costs and sell songs as streams and as downloads.

Apple reports that the average iTunes customer has purchased only 22 songs. By contrast, the average Lala customer has spent $67. Unlimited iTunes music streamed to the iPod Touch and iPhone for a monthly fee is would render moot the race to increase storage capacity on the devices.