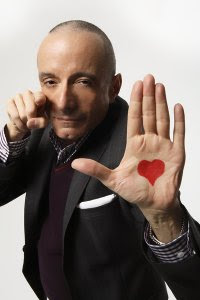 Longtime AIDS activist and former NYC human rights commissioner Dennis deLeon died in Manhattan today at age 61. He was one of the first city officials to disclose that he was HIV+.

The cause was heart failure, said Bruce Kiernan, Mr. deLeon’s companion for 32 years. Mr. deLeon learned he was H.I.V.-positive in 1986 and had grown weaker in recent years, Mr. Kiernan said. Mr. deLeon had been human rights commissioner for three years when he disclosed his condition in an Op-Ed article in The New York Times in 1993. At the time, AIDS bore far more of a stigma than it does today, and, he said, he had been struggling for years about whether to go public. “When I contemplated disclosure,” he wrote, “I felt that my hope to continue contributing to society as a lawyer and human rights activist was threatened. Would I be evaluated on my merits if I sought to be a judge, a law professor, a law firm member or a governmental appointee?”

Under deLeon’s direction, the Latino Commission On AIDS grew from two employees to a staff of 45 with an annual budget of $5M. He was an occasional commenter here on JMG, usually on topics related to HIV/AIDS.