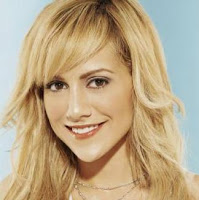 Movie star Brittany Murphy is dead of a heart attack at 32. She went into full cardiac arrest early Sunday and could not be revived, the Website TMZ reported. The Los Angeles City Fire Department got a call from the home of Murphy’s husband Simon Monjack about 8 a.m., fire officials told TMZ. She was taken to Cedars-Sinai Medical Center, where she was pronounced dead on arrival. Murphy starred in “8 Mile,” and “Don’t Say a Word.” The starlet became a household name among teens in 1995 as the sidekick in “Clueless,” who went from awkward wall flower to snotty hottie. A few years ago, she released the single “Faster Kill Pussycat,” which became a dance club hit. Her last big movie was “Sin City” in 2005.