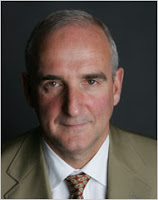 Quote Of The Day – Roger Cohen “It’s funny how we crave the authentic, the unspoiled, the genuine — the un-globalized and un-homogenized and un-gentrified — only to destroy them. And then, as if in remorse, attempt to create unthreatening Disney versions of the authentic, the unspoiled and the genuine. It’s funny how the rich, tired of grilled tuna or Chilean sea bass, weary of New York generic (never simmered, always seared), want to eat like the poor, while the poor just want to be rich.” – New York Times columnist Roger Cohen, on the gentrification of Manhattan. A couple of years ago the Times relocated its headquarters from its namesake Times Square to the edge of the Garment District, a place Cohen revels in for its relatively unchanged squalor. It’s a great piece.