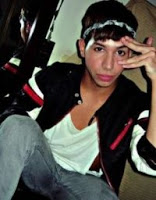 Puerto Rico police have made an arrest in the gruesome murder of openly gay 19 year-old Jorge Steven Lopez Mercado, whose decapitated and burned body was found in a wooded area on Friday. Towleroad writes:

Today, the paper Primera Hora reports that a 28-year-old man has been arrested as a suspect in the murder and and two vehicles have been seized as evidence. The man is scheduled to be questioned today. The paper reports that the man was targeted after extensive interviews with Mercado’s friends in the town of Caguas, where Mercado was living. They report that the man offered Mercado money for sex. Harry Rodriguez of the FBI said the agency is monitoring the case, and is willing to provide assistance, if necessary, in the investigation with regard to DNA evidence. Said Rodriguez: “The FBI is monitoring this investigation with the police of Puerto Rico because there are federal statutes under the laws of civil rights violations covered by hate crimes.” Allegations of homophobia against the investigating officer Angel Rodriguez, who suggested that Mercado deserved what he got because of the “type of lifestyle” he was leading, were dismissed by the supervising officer Jose Figueroa Sanchez. They were, however, condemned by Executive Director of the Civil Rights Commission Vance Thomas, who said: “In addition to investigating, administrative charges must be filed. I know of no context in which an officer can justify that a person ought to be killed.”

Outrage is swelling in Puerto Rico over a statement made by the local police. Via Michael K. Lavers at Edge:

Investigator Angel Rodriguez’s assertion López, 19, somehow caused his own death sparked widespread outrage and anger among Puerto Rican activists. “When these type of people get into this and go out into the streets like this, they know this can happen to them,” Rodriguez said a statement local media outlets broadcast and reported. Puerto Rico’s Civil Rights Commission and Puerto Rico Para [email protected], a local activist organization, have asked the Puerto Rico Police Department to take disciplinary action against Rodriguez. The PRPD has removed the investigator from the case, but local activists plan to protest outside the territorial capital in San Juan on Thursday. They also plan to hold a vigil later this week.

AmericaBlog has set up an action page for you to call on the Department of Justice to fully investigate Mercado’s murder as a potential hate crime. Puerto Rico has had hate crimes legislation since 2002, but to date has not prosecuted anyone for hate crimes against a gay person.

A vigil and demonstration in Mercado’s memory and against hate crimes will be held this Sunday at 8pm in New York City. Facebook page here, location to be determined.