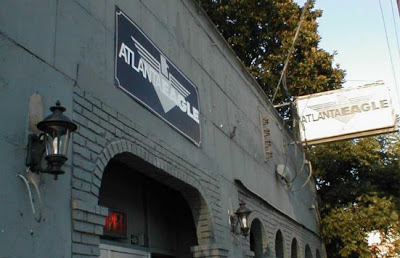 On behalf of 19 customers who suffered physical and verbal abuse during a September raid of the Atlanta Eagle nightclub, Lambda Legal is suing the city, the chief of police, and 48 individual cops. Via press release:

“The illegal activity going on in the Atlanta Eagle that night was committed by the APD,” said Greg Nevins, Supervising Senior Staff Attorney in Lambda Legal’s Southern Regional Office based in Atlanta. “If it is APD procedure for elderly men and wounded veterans to be thrown to the floor and harassed simply for being in a bar having a drink after work, then the APD should change its procedures.” Dan Grossman, co-counsel in the case, has been working with victims of the raid since that night. “I’ve listened to dozens of stories from patrons who were mistreated by police at the Atlanta Eagle that night,” said Grossman. “The Atlanta Police Department is not above the law. They do not get to search and detain people who are not suspected of any crime.”

Customers of the Eagle were handcuffed, thrown to the filthy floor, and endured verbal abuse as the police conducted the raid. No arrests were made. The lawsuit claims violations of the U.S. and Georgia constitutions.