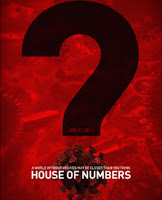 AIDS denialists, who claim that HIV either doesn’t exist or doesn’t cause AIDS, have released a film titled House Of Numbers. Already, doctors interviewed for the movie has issued a statement denouncing its “junk science.”

A film about HIV and what causes AIDS has been attacked for being misleading and even dangerous. According to producer and director Brent Leung, House of Numbers is an objective and unbiased look at the question of what causes AIDS. But HIV charities and health experts have told PinkNews.co.uk it misrepresents the scientists featured and the ideas promoted perpetrate medical “myths”. Since the film’s release, 18 of the doctors interviewed have released a statement saying they had been “deceived” and that the film “perpetuates pseudo-science and myths”. The statement, signed by all 18, added: “[The film] presents the AIDS denialist agenda as being a legitimate scientific perspective on HIV/AIDS, when it is no such thing.” House of Numbers features interviews with a number of scientists and medical experts, along with campaigners who believe HIV medication causes the symptoms of AIDS and the disease can be cured through lifestyle choices. It has won an number of international awards and has been screened at several film festivals.

AIDS denialism, once a vigorously vocal movement of nutters, has dropped off the public’s radar in recent years – in no small part due to the AIDS-related deaths of its most famous advocates, people who refused the “poisonous” HAART therapy. Last December, infamous denialist Christine Maggiore died two years after the death of her untreated infant daughter nearly brought her felony child abuse charges. My obituary for Maggiore brought her fellow denialists into the comments with claims that her death was not HIV-related. Years ago ACT-UP SF was taken over by denialists, prompting rational members to flee to ACT-UP Golden Gate.